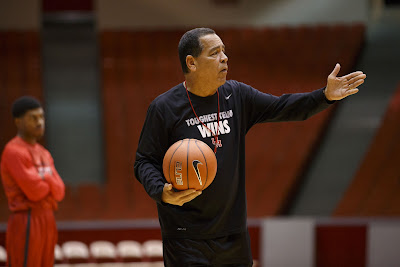 If you follow, read and study Tim Elmore (and you should), you know the importance of visuals in making emotional connections with those you lead.  In a story that ran a few months ago in the Houston Chronicle by Joseph Duarte, I loved what Kelvin Sampson had created to get his message across at the University of Houston:

A rock is the first thing visitors see upon entering the player's lounge inside the Guy V. Lewis Development Facility.

It's kept in a case with a sledgehammer leaning against it, a symbol of what Kelvin Sampson has based the revival of the University of Houston men's basketball program.
Sampson often ends every staff meeting with the saying, "Let's go hit the rock."

"It ain't going to break today," Sampson, the Cougars' 62-year-old coach, continues. "We don't know how many times we are going to have to hit it, but I just know it's going to crack."

"He's said it for four years," says Kellen Sampson, an assistant coach on his dad's staff. "Our whole culture has been based on hitting that rock."

COACH K AND BRAD STEPHENS AND THE IMPORTANCE OF RELATIONSHIPS 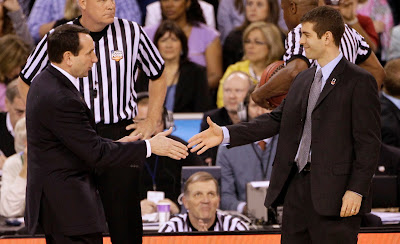 Last week I attended a Coaching Roundtable at UT Arlington.  The new UTA head coach, Chris Ogden, had came from the staff of Chris Beard at Texas Tech.  When asked about the keys to success at Tech under Beard, Ogden responded, “Relationships.  He spends more time with them off the court then on.  He believes getting to know his players is 90% more important than the X & O’s.”

Coach Ogden said that daily Beard would meet with players — sometimes armed with only one video clip to begin a discussion.

Our ability to teach at the maximum level starts and ends with the connections we have with those people we want to lead.

In an article on NESN by Joshua Schrock about the Celtics Jayson Tatum, he was asked to compared his college coach, Mike Krzyzewski to his NBA coach Brad Stephens.  His response:

“They are both very, very good coaches. Coach K is a lot more animated. He yells a lot more. Brad is a lot more reserved and laid back. But I think the thing about both of them is how they connect with their players. Brad being so young and Coach K being so old and being able to connect with 18-year-olds, and that’s why a lot of kids go to Duke.”

Two different methods of coaching yet both grounded by their ability to connect to their players.

THE GOLDEN STATE WARRIORS AND THEIR CULTURE OF PASSING 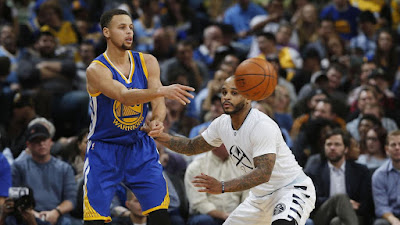 There was an outstanding article in the USA Today this week written by Sam Amick on the value of passing the ball for Golden State and it's incredible value to the culture of the Warriors.  You can (and should) read the entire article here.

I've long spoke about how you play being a big part of your culture.  Your system of play and it's level of execution says a lot about who you are as a coach and in turn your team as a unit.

The first part of that piece is practice.  The make up and execution of practice impacts players and how they feel about playing and their level of belief in how prepared they are going into a game.  On the collegiate level, recruiting often comes down in part of how a team plays.  On the professional level, free-agents will at times gravitate to a style of play.

In an era that becomes increasingly difficult to promote team play, to have one of the best teams in the NBA base their success on number of passes gives all of us coaches hope.

A few excerpts include the following:

Ever since Kerr made the move from TNT analyst to the Warriors bench, when he saw the glaring lack of ball movement in that final season under former coach Mark Jackson and told the team’s ownership how he would fix it, this has been their ethos. So much so, in fact, that it all started with a magic number: 300.

Pass the ball at least that many times during the course of a game, he told them, and the offense will hum. For Kerr, who won five titles while playing for San Antonio’s Gregg Popovich and then-Chicago coach Phil Jackson, these were the lessons learned that he had to pass on.

“If you have shooting — if you have great shooting — then the more ball movement the better, because you have guys coming off screens and … you want to make the defense have to defend for long stretches rather than just one pass and a shot,” Kerr explained to USA TODAY Sports recently. “So we looked at the passing totals, and … (300) was a really key number for us.

"I just said I want the ball to move. That’s always how I’ve seen the game, and if you have Steph (Curry) and Klay (Thompson) on your team and the ball is moving, it’s fairly obvious that it’s going to be hard to defend. So we just kind of came up with that number.”

Amick backed his story up with the following facts:

◄After ranking last in passes per game (243.8) during the regular season before Kerr’s hiring and finishing 12th in offensive rating despite already having three of their four current All-Stars in Curry, Thompson and Draymond Green, they have had the league’s best offense in three of the past four seasons while finishing second in offensive rating once. During that span, the Warriors’ passes-per-game mark has ranged from 306.6 to 323.5.

◄The Warriors’ only two losses this postseason have come in the only games in which they passed the ball fewer than 300 times (256 against San Antonio in Game 4 of the first round; 295 against New Orleans in Game 3 of the second round). In all, they lead all playoff teams in passing (323.2; Rockets 15th at 227.5).

◄Green and Curry have been first and second among the Warriors, respectively, in passes made for the past three regular seasons.

As Green is quick to point out, passing alone is not enough. The Warriors at their best are like a basketball version of the Blue Angels, with players darting to and fro while stopping only briefly to set a few screens along the way. But when you combine the movement with the passing and some of the best scorers the game has ever seen, then push the tempo, it’s the kind of thing even Kerr couldn’t have dreamt of when he put this program into place.