THE PRICE THAT MUST BE PAID 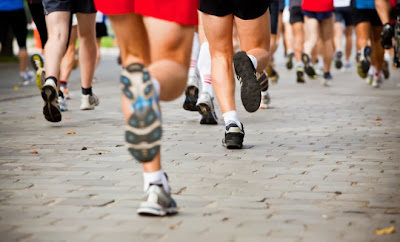 The following is part one of two pieces from "The 17 Indisputable Laws of Teamwork" by John Maxwell -- a tremendous read for coaches and/or leaders --  that deal with the price that must be paid for success.


If a team doesn’t reach its potential, seldom is ability the issue it’s rarely a matter of resources either. It’s almost always a payment issue.
1.       The Price Must Be Paid by Everyone
In Straight Talk for Monday Morning, Allan Cox observed:
You have to give up something to be a member of a team. It may be a phony role you’ve assigned yourself, such as the guy who talks too much, the woman who remains silent, the know-it-all, the know-nothing, the hoarder of talented subordinates, the non-sharer of some resource such as management information systems (MIS), of whatever. You give up something, to be sure, such as some petty corner of privilege, but gain authenticity in return. The team, moreover, doesn’t quash individual accomplishment; rather it empowers personal contributions.
“If everyone doesn’t pay the price to win, then everyone will pay the price by losing.”
2.       The Price Must Be Paid All the Time
Many people have what I call destination disease. I describe it in my book The 21 Indispensable Qualities of a Leader.
Some people mistakenly believe that if they can accomplish a particular goal, they no longer have to grow. It can happen with almost anything: earning a degree, reaching a desired position, receiving a particular award, or achieving a financial goal.
“As long as you’re green, you’re growing.  As soon as you’re ripe, you start to rot.”
Destination disease is as dangerous for a team as it is for any individual. Earl Balik, former football coach at the United States Military Academy, observed, “There is no substitute for work. It is the price of success.” Dwight D. Eisenhower remarked, “There are no victories at bargain prices.”
3.       The Price Increases If the Team Wants to Improve, Change, of Keep Winning
The higher you are, the more you have to pay to make even small improvements. World champion sprinters improve their times not by seconds, but by hundredth of a second.
4.       The Price Never Decreases
Most people who quit don’t give up at the bottom of the mountain; they stop halfway up it. Nobody sets out with the purpose of losing. The problem is often a mistaken belief that a time will come when success will suddenly get cheaper. But life rarely works that way.
Posted by BOB STARKEY at 5:00 AM