THE VALUE OF "GLUE GUYS" 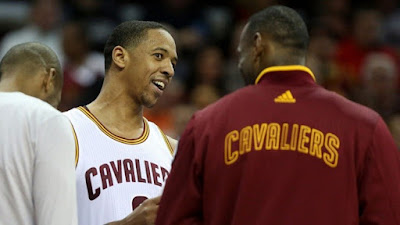 The following is a few excerpts from an article on ESPN.com about "glue guys" and how they can have such a huge impact on a team. The story, written by Jackie McMullen spends some time on Channing Frye and the Cleveland Cavaliers but also speaks to other glue guys.  The entire article can be found here and is worth the read.  It will be something we'll share with our team but here are a few of my take aways:

The Cavaliers group text chain is aptly named BORED. Channing Frye's nimble mind requires constant stimulation, so he instituted BORED shortly after he joined Cleveland in February 2016, contacting the entire roster and encouraging all of his new teammates to share random thoughts.

Last week's BORED text chain, on the eve of the NBA Finals, tackled the burning question of which muscle man is the most iconic.

The rebukes were fast and furious. LeBron James and Kevin Love, fervent Schwarzenegger backers, immediately fired back with a slew of insults directed at Frye.

"They were killing me," Frye said, grinning. "So let them have a little fun at my expense. It gives them common ground.

Just days before the NBA trade deadline in February 2016, James got word that the Cavaliers planned to swap one of his favorite teammates, Anderson Varejao, to acquire Frye. Though Varejao had played sparingly that season, James had concerns about losing such a positive locker room presence.

"Hey, RJ," James asked Jefferson. "What about Channing Frye? How's he going to fit with us?"

"Man, you are gonna love him," Jefferson said. "He will bring us all closer. You'll see."

McMullen makes an excellent point on the variety of glue guys:

Glue guys take on many forms. Sometimes they are the best players, redoubtable both in performance and preparation (see: Tim Duncan). Sometimes, more than one player cements team chemistry. The 2015 Warriors, for instance, relied on the whimsical lightness of Leandro Barbosa to infuse the team with energy and play the role of the Draymond Green whisperer. Golden State also leaned on the experience of Andre Iguodala, who, when situations called for a little more gravity, exhibited an invaluable edge.

More often, though, glue guys are the veterans who have been there and done that, imparting their wisdom, toughness or positivity to a team.

James Posey cemented his status as the glue guy of the 2008 Celtics when, during the team's preseason trip to Rome, the players were scrimmaging in a tiny gym and the second unit scored a string of baskets. Kevin Garnett, Posey says, cheated the second-teamers out of a point and declared the starting five the winners. Posey called him out and wound up chest to chest with Garnett. "I don't care how good you are," Posey growled, "you have to be accountable like the rest of us."

"It was the moment," says former Celtics coach Doc Rivers, "that set the tone for the entire season."
Posted by BOB STARKEY at 9:56 AM