JOHN MAXWELL: THE 7 HALLMARKS OF LEADERSHIP 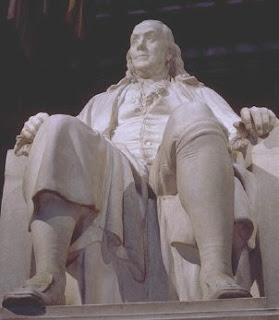 Great post from John Maxwell (one of the premier experts on leadership) discussing the seven hallmarks of leadership:

Benjamin Franklin once said, "there is perhaps not one of our natural passions so hard to subdue as pride. Beat it down, stifle it, mortify it as much as one pleases, it is still alive. Even if I could conceive that I had completely overcome it, I should probably be proud of my humility."

Another of America's founding fathers, John Adams, battled against arrogance as well, "Vanity, I am sensible, is my cardinal vice and cardinal folly; and I am in continual danger, when in company, of being led...by it."

Most leaders have an abundance of ambition, talent, and confidence, but few possess the humility necessary to sustain influence over time. Many shun humility, seeing it as a sign of weakness or self-doubt. Yet, in reality, humility is the pinnacle of wisdom and assuredness. Here are seven qualities humility brings about in the life of a leader.

#1 Responsibility
Humble leaders readily accept responsibility for failure. When things go wrong, they instinctively look within to understand what they could have done differently instead of looking outward for someone to blame. Willing to take ownership of mistakes, humble leaders are quick to fix them; they do not wait for someone else to solve a problem.

#2 Objectivity
In the words of Ezra Taft Benson, "Pride is concerned with who is right. Humility is concerned with what is right." Humble leaders do not consider their own ideas and projects to be sacred. They do not insist on having their way, but on following the best course of action—regardless of who suggests it.

#3 Open-Mindedness
Humble leaders have awareness of how much they don't know. As such, they're inquisitive, quick both to listen and learn. Secure in their abilities, they are unthreatened by the input of others. Not only do they welcome feedback, they solicit it.

#4 Flexibility
Whereas prideful leaders rigidly adhere to an initial strategy long after it proves to be unfruitful, leaders with humility nimbly switch courses as soon as warning signs appear. Unafraid to admit having made a bad decision, they're able to adjust quickly.

Humble leaders have no qualms about abandoning a product that's past its prime—even if they personally had created it.

#5 Inspiration
Humble leaders are appreciative people. When they experience success, they're quick to shine the spotlight on others. Mindful of their dependence on others, humble leaders regularly express gratitude for the contributions of their teammates. Their thankfulness inspires those they lead and boosts team morale.

#6 Respect
Humble leaders heed John Andrew Holmes' advice: "Remember that the entire population of the universe, with one trifling exception, is composed of others." They see life as far bigger than themselves, and add value to other people by serving them. By committing themselves to the success of those within their sphere of influence, leaders gain respect and earn loyalty.

#7 Connectedness
Humble leaders embrace the Law of Significance: "One is too small of a number to experience greatness." They recognize that their vision cannot be accomplished in isolation, so they invite others to join them in pursuing it. They cherish relationships and intentionally cultivate friendships. They view life, not as a quest for individual glory, but as an adventure to be enjoyed in the company of fellow travelers.
Posted by BOB STARKEY at 8:31 AM