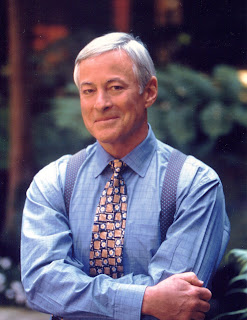 As a leader, your job is to be excellent at what you do, to be the best in your chosen field of endeavor. Your job is to have high standards in serving people. You not only exemplify excellence in your own behavior, but you also translate it to others so that they, too, become committed to this vision.
...
...
Leadership Excellence
The key to leadership is the commitment to doing work of the highest quality in the service of other people, both inside and outside the organization. Leadership today requires a focus on the people who must do the job, and an equal focus on the people who are expected to benefit from the job.

Integrity
The single most respected quality of motivational leaders is integrity. Integrity is complete, unflinching honesty with regard to everything that you say and do. Integrity underlies all the other qualities. Integrity means that when someone asks you at the end of the day, "Did you do your very best?" you can look him in the eye and say, "Yes!" Integrity means that you, as a leader, admit your shortcomings. It means that you work to develop your strengths and compensate for your weaknesses.

Courage
Courage, combined with Integrity, is the foundation of character. One form of courage is the ability to stick to your principles, to stand for what you believe in, and to refuse to budge unless you feel right about the alternative. Courage is also the ability to step out in faith, to launch into the unknown and then face the inevitable doubt and uncertainty that accompany every new venture.

Alexander the Great
Alexander the Great, the king of the Macedonians, was one of the most superb leaders of all time. He became king at the age of 20, and in the next 11 years, he conquered much of the known world. When he was at the height of his power, he would still draw his sword at the beginning of battle and lead his men forward into the conflict. He insisted on leading by example. Alexander felt that he could not ask men to risk their lives unless he was willing to demonstrate by his actions that he had complete confidence in the outcome. The sight of Alexander charging forward excited and motivated his soldiers so much that no force on earth could stand before them.

Realism
Realism is a form of intellectual honesty. The realist insists upon seeing the world as it really is, not as he wishes it were. This objectivity, this refusal to engage in self-delusion, is a mark of the true leader.

Responsibility
Responsibility is perhaps the hardest of all leadership qualities to develop. The acceptance of responsibility means that, as President Harry Truman said, "The buck stops here." If you run into an obstacle or have a setback, and you make excuses rather than accept responsibility, it can mean the difference between success and failure.