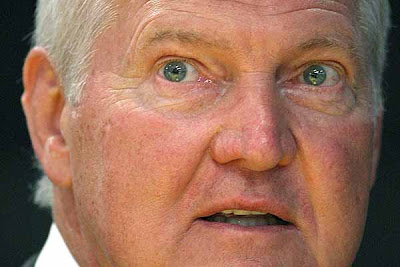 LA Lakers have had more great players but not as many championships as Boston Celtics
Put players around superstars that know there roles.
Basketball is the ultimate team game… Everyone needs to think alike.
The greatest players see the game in slow motion.
Important to hire the right coach for the right team.
Decided to trade Norm Nixon after they won the championship because he was not the right fit.
2 things in life he values: Humility & Giving… The words hate & I should be taken out of the dictionary… It’s about us!
Character: Are you willing to work… All you need is one special skill to play in this league.
Best players in the league are multiple position players.
College coaches: Recruit basketball players not numbers.
If you are not at the elite level (Duke, UNC, Kentucky etc.) look at kids with a future.
Basketball IQ is extremely important
Understanding possessions are most important (Tech fouls) can cost games.
If you are good, you don’t have to tell anyone = Humility
Loved how John Thompson handled recruits… He had a deflated basketball on his desk to point out you can’t count on basketball forever.
Coaches can not win without talent.
Lot of great coaches in the NBA… Even some that are coaching bad teams.
Likes Greg Popovich, Pat Riley & Larry Brown because they produce other coaches.
As a player & coach he took losing personal… Never blamed anyone else… He felt he let his teammates, organization & city down when he lost.
Believes Phil Jackson is a difference maker as a coach because he found a way to work with players & runs a system.
Great players drive teammates.
Posted by BOB STARKEY at 8:48 AM