THE ATHLETE AS A LEARNER 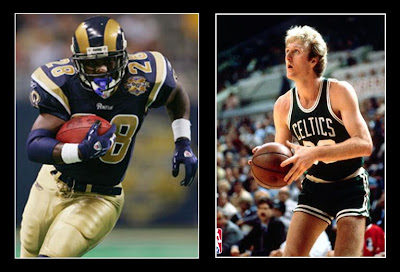 The following comes from "Coaching The Mental Game" by H. A. Dorfman:

The coach should create an environment in which learning is valued.  Not just technique or strategy.  The coach should acquaint himself with the kinds of thinking patterns that help athletes perform more effectively; he should understand the obstacles that inhibit performance; and he should determine which practice patterns work best -- for the individual and for the team.  In other words, he should learn about the mental and physical aspects of the sport and the athlete -- and create an atmosphere in which the athlete is encouraged to learn as well.

Athletes should be encouraged to learn the sport on their own, as well.  The mental game is intellectual as well as psychological.

It's been said that NFL running back Marshall Faulk knows the responsibilities of every player on any play called in the huddle.  He himself says that his learning has helped him to be more effective.  What seems to observes to be astounding spontaneous reactions are, Fault explains, actions based on anticipating (knowing) what will happen in front of him.

Hall of Fame basketball player Larry Bird said he kept a mental record of the moves made by opposing players.  "When you see the same move four or five times, you begin to anticipate what he is going to do," said Bird. 'you cant also get a lot of steals that way."

Bird constantly utilized his learning skills.  His lawyer Bob Woolf said about Bird, "He'll play a golf course once and memorize the location of every tree.  When we work out together, he will measure each step on the court to perfect what type of shot he can take and from what distance."
Posted by BOB STARKEY at 4:45 AM