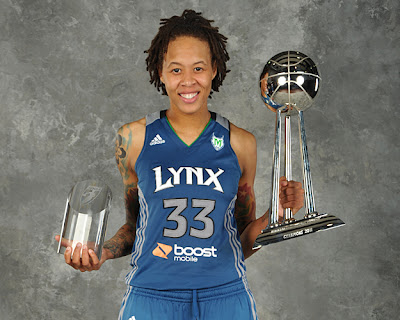 It was certainly a proud moment for me to see Seimone Augustus stand in front of the world and be named the Most Valuable Player of the WNBA Championship only minutes after capturing the title with her Lynx teammates. 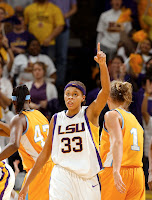 I have had several thrills in coaching and many of them include being a part of some outstanding teams and having the opportunity to coach some special players.  Seimone came to LSU at a time when we had good teams but we were not an elite program.  We had a fan base but it was small in comparison to the nation's best.  Neither of those facts deterred her in her effort to leave a legacy.

If I had a wish for every player I coached, it would be to be able to take them back in time to watch Seimone practice.  Everyday she was driven to be her best.  She didn't need external motivation -- it all came from within.  She was just as competitive in a shooting drill as she was in big game.  In fact, all games were "big" for Mone because she loved to compete.

And she was a great teammate!  Only one major problem ever arose from coaching Seimone -- we couldn't get her to shoot enough.  She wanted to involve her teammates in the offense.  She was consummate teammate.  Being part of a team is important to her.  It's why on possibly the biggest state of her career, with all the world watching, and the best of the best presenting her with the MVP trophy, she first complimented her owner than her coach and then turned to her teammates and said, "I am so thankful I had the opportunity to play with you wonderful women."


She also loved to play the game!

It would be nothing in the summer months for her to play pick up for a couple of hours with the Lady Tigers only to leave there and go play pick up the boys team of Coach Chauncey Moore across town at McKinnley High School.  If you stopped by the rec center you might see her schooling some guys there as well -- Mone was always hunting a game.

She had an insatiable thirst to improve!

She worked just as hard in the weight room.  She was a warrior in conditioning.  And her competitive spirit -- along with a few other special players in LSU uniforms -- transformed a program to elite status.  Seimone not only made the players around her better but she made the coaches better.  We were stretched to keep up with her competitive desire.  The marketing and promotions department at LSU went to another level to keep up with the desire of the nation to know about Seimone. 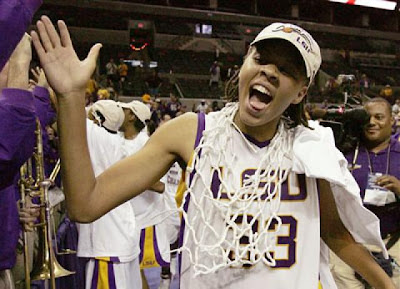 And she never stopped working! 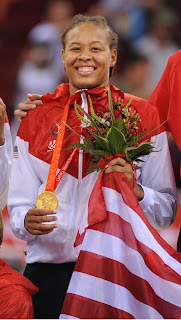 Off to the WNBA and the Rookie of the Year along with All-Star selections and an Olympic Gold Medal!  She was simply one of the best players to have ever played the game.  Still her greatest triumph was ahead of her.  And it wasn't just winning the WNBA title and being the MVP -- it was doing all of this with an upstart program that was struggling when she arrived and then doing it after tearing her ACL.

The rehab process for an ACL is one of the most difficult and trying things for an athlete -- but Seimone treated it as an opponent and showed her competitive spirit.  I can't tell you how many times I would be walking through our arena late at night and hear a basketball bouncing only to stick my head in and see Seimone working out.  Spending endless time with her former LSU trainer Micki Collins.

It is something about the great that the good don't understand -- the work ethic -- the desire not just to improve but to be the absolute best -- and that's Seimone Augustus.

Yes indeed -- it was an honor to coach Seimone.  And of course she's not done -- I guarantee her greedy, competitive nature is going to want to win a second WNBA title and a second Gold Medal.  And I know she will keep working towards those goals -- the great ones always keep working!