TYLER PERRY: EVERY MOMENT IN YOUR LIFE HAPPENED FOR THE GREATER GOOD 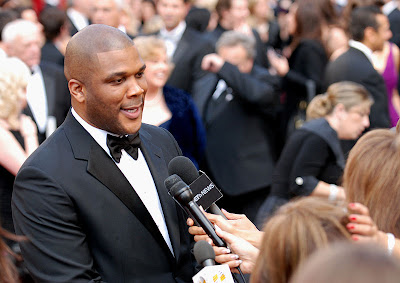 The following comes from SuccessMagazine.com and is an article about Tyler Perry written by Roger Brooks.  Coach Greg brown gave the entire article for our team to read today.  Here are some excerpts (love the first paragraph):

“You have to understand everything that has happened to you, especially things beyond your control, weren’t about trying to destroy you as much as they were about molding and forming you as a person,” says the creator of Diary of a Mad Black Woman, the Madea series and Tyler Perry’s House of Payne. “That’s really difficult for a lot of people to understand. But if you begin to realize every moment in your life happened for the greater good of who you are, you can use it for others. It can really elevate you and change your whole trajectory. I think that’s what happened to me.”

Perry’s experiences were enough to break most people. The pain and anger grew inside him like a fire, eating away at him. It wasn’t until he caught an episode of The Oprah Winfrey Show championing the therapeutic benefits of journaling that Perry’s outlook began to change. But even on the private pages of his diary, he couldn’t be truly honest about his tragic upbringing. Fearful others might read his words, he invented characters who revealed his experiences and feelings. In the process, he let the hate and venom flow through his pen. He was still livid, but he had a place to siphon off the bile when it threatened to overwhelm him.

“Journaling gets it out of you and on to paper; it is a catharsis;” Perry says. “It helps you to understand, unload and heal. And what is amazing about it, if you go back to something you’d written a year ago—be it fear, struggles, something you couldn’t get past—when I went back and looked through all the things I thought were huge for me to get past, being able to read [about them] inspires me. It encourages me that everything is OK; this too shall pass.”

DO ONE THING WELL

Convention aside, Perry believes the secret to his career is simple, something anyone can apply to their own pursuits. For “someone who is trying to be successful—who has an idea and doesn’t know if it will happen or work—you have to find one thing,” Perry says. “I know people are jacks-of-all-trades and do a million things, but find one thing and do it so well that it affords you the opportunity to do all the other things.”

And Perry, like anyone else, has his own definition of success, his own opinion on the right path to choose to cross the dark, intimidating forest.

“Success for me has clearly been about being able to live in the present—live fully and in this moment,” Perry says. “Learning how to come down into the moment and really appreciate it and enjoy it, that’s what success is. When you can do that, every moment of your life will be successful. Whatever you’re working on, whatever your business, whatever you’re trying to be, if you can be fully in the moment, I think that will change your life.”

Read entire article: http://bit.ly/pSD8Yg
Posted by BOB STARKEY at 5:30 AM