THE MINDSET OF A MENTOR LEADER 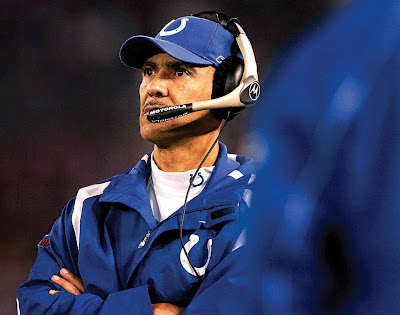 THE MIND-SET OF A MENTOR LEADER: “IT’S NOT ABOUT ME”

On many teams, the veteran players will share some things with the new players, but not everything. Of course, everyone knows that the team’s goal is to win, but some of the guys are concerned that the new players might ultimately take their jobs. On some teams, it’s understood that new players have to work their way up through the ranks and “earn” the respect of the veterans before they’re given full status as teammates.

One of the ways we were able to maintain our success with the Colts was by integrating new players into the system as quickly as possible. That happened because of our greatest coaching staff, but also because our veteran players mentored younger players. It was easy for me as the head coach to say, “Watch these veteran players and do what they do. They’ll teach you.” And because our players wanted to win championships and be the best team they could be, they were willing to take on a mentoring role.

The mentor leader, by contrast, looks at how he or she can benefit others – which ultimately benefits the individual and the organization.

When it comes to effective leadership, it’s not about you and what makes you comfortable or helps you get ahead. It’s about other people.

From "The Mentor Leader" by Tony Dungy with Nathan Whitaker
Posted by BOB STARKEY at 6:09 PM